Cardiovascular disease is a leading cause of death in the United States. The identification of cardiac diseases on conventional three-dimensional (3D) CT can have many clinical applications. An automated method that can distinguish between healthy and diseased hearts could improve diagnostic speed and accuracy when the only modality available is conventional 3D CT. In this work, we proposed and implemented convolutional neural networks (CNNs) to identify diseased hears on CT images. Patients with healthy hearts and those with previous cardiovascular disease events received chest CT. After the left atrium for each heart was segmented, 2D and 3D patches were created. A subset of the patches were then used to train separate convolutional neural networks using leave-one-out cross-validation of patient pairs. The results of the two neural networks were compared, with 3D patches producing the higher testing accuracy. The full list of 3D patches from the left atrium was then classified using the optimal 3D CNN model, and the receiver operating curves (ROCs) were produced. The final average area under the curve (AUC) from the ROC curves was 0.840 ± 0.065 and the average accuracy was 78.9% ± 5.9%. This demonstrates that the CNN-based method is capable of distinguishing healthy hearts from those with previous cardiovascular disease. 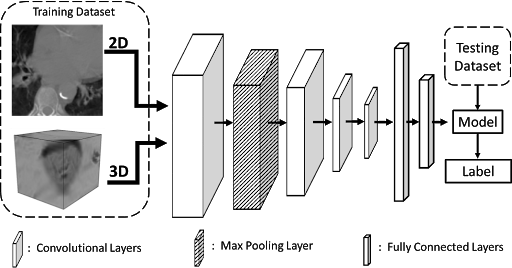 Figure 1: Diagram of the convolutional neural network used for the classification. The input data was in the form of either 2D or 3D patches and fed into four convolutional layers followed by two fully connected layers. After the fully connected layers, a soft-max layer produced probabilities to assign a classification label to the left atrium patch. 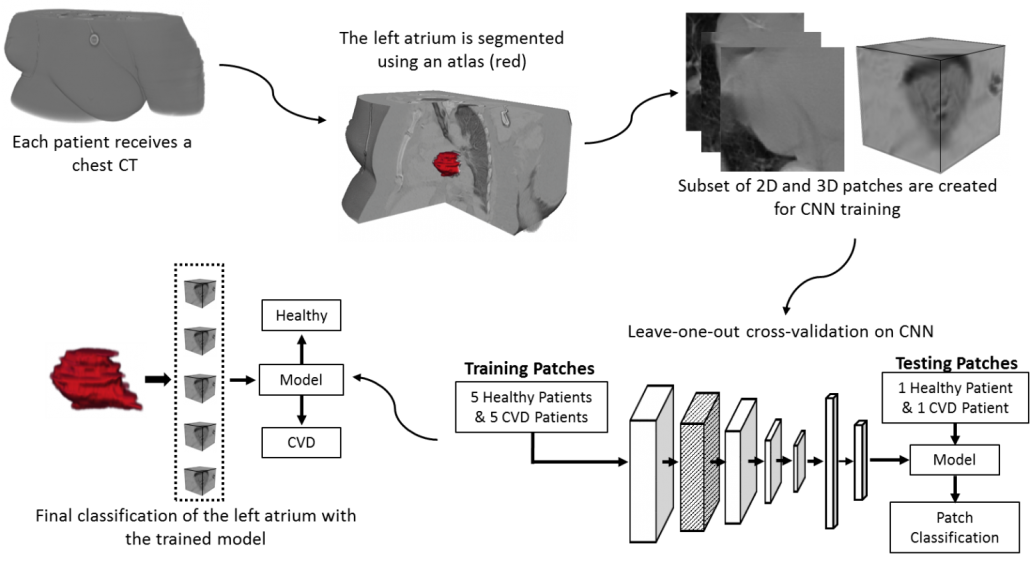